Qalandiya - everything was stopped until the problem was solved 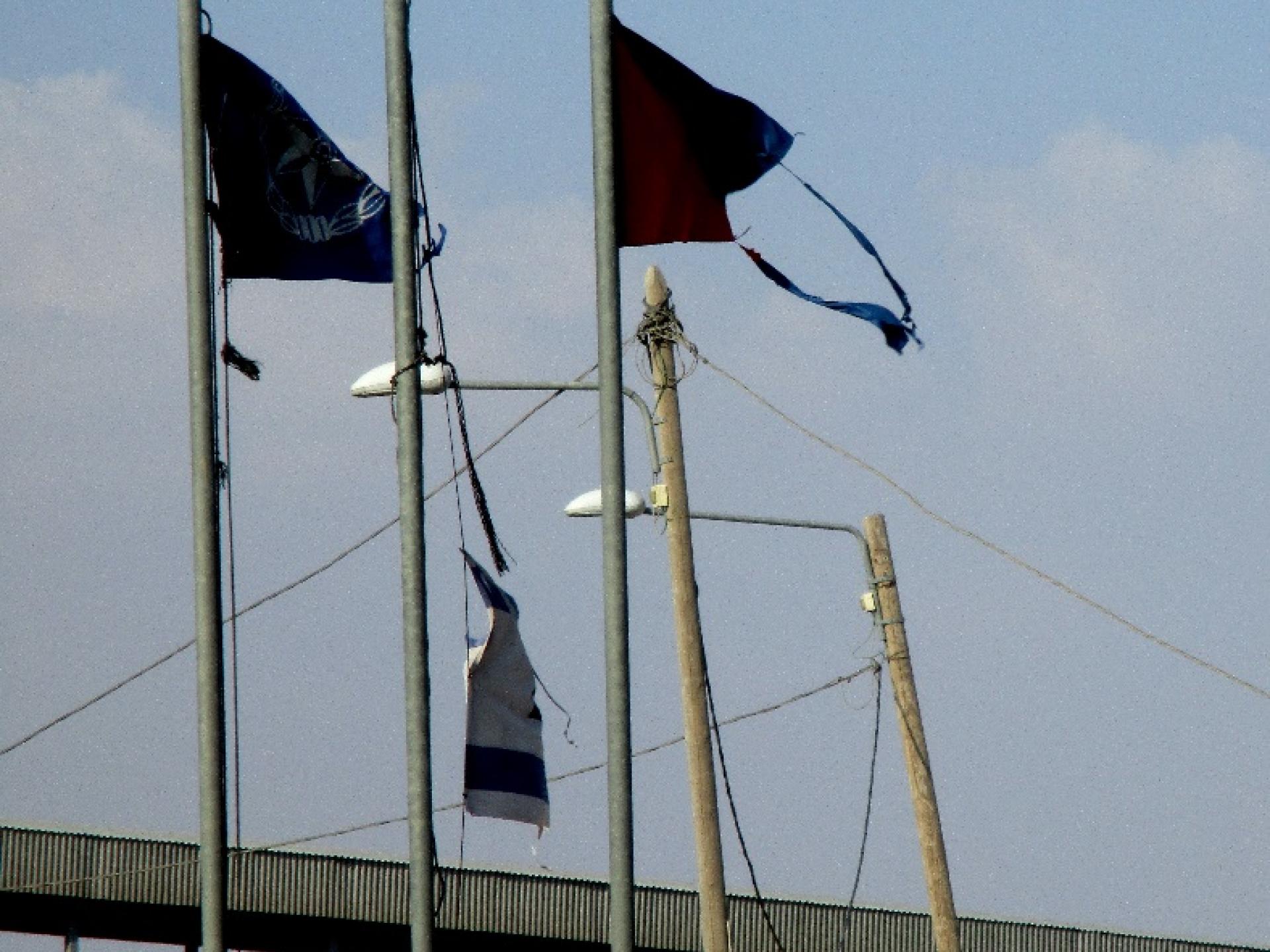 Photographer:
Tamar Fleishman
Three flags. Two black and the Israeli flag on the half mast

The three raggedy flags and the national flag in the middle, half-mast, show that which is to come… What would the ‘flag law’ legislators say about this? 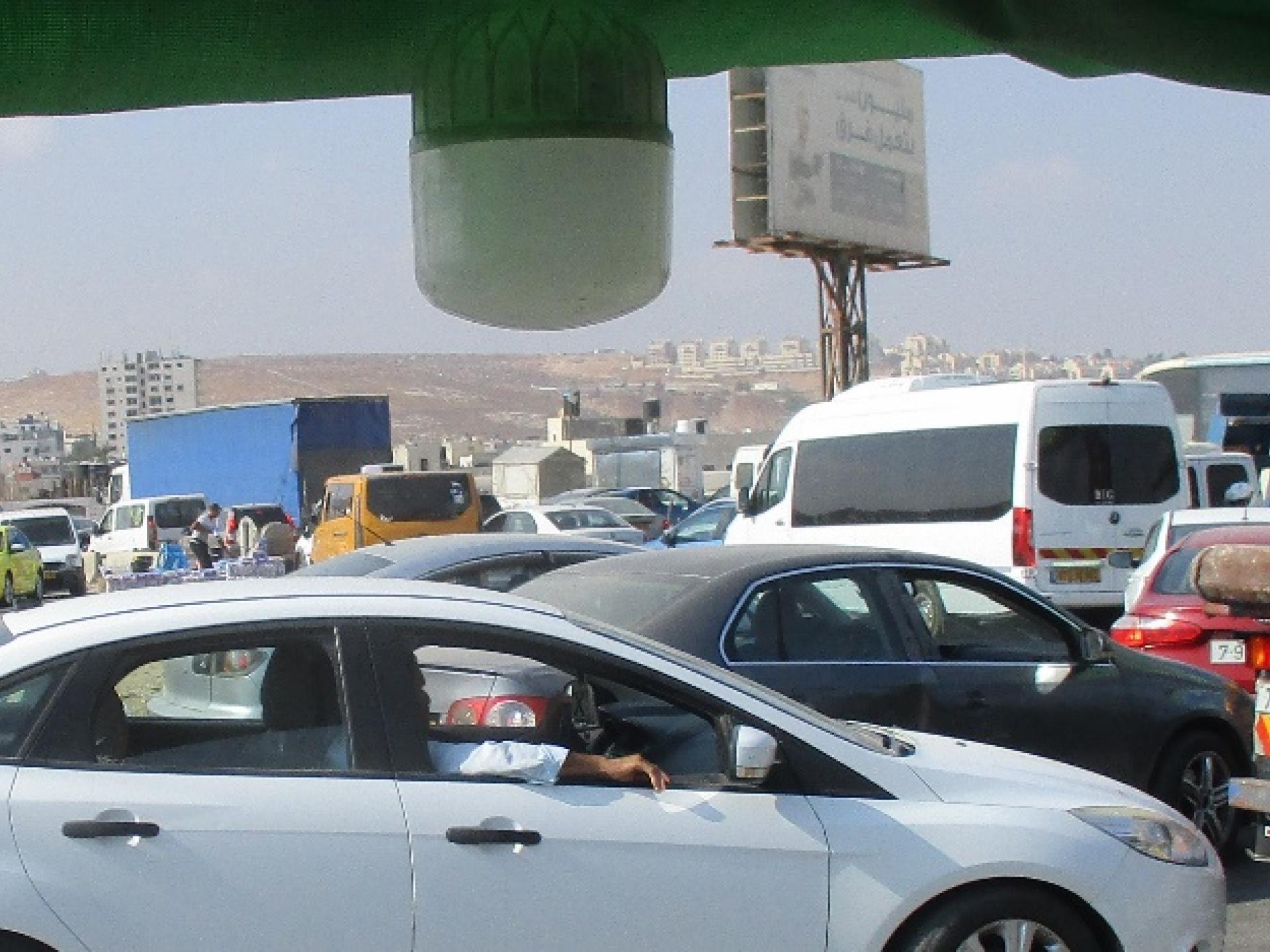 All transport was stopped

Photographer:
Tamar Fleishman
Due to a fault in the brake system rising from the ground, all transport was stopped until the fault has been rectified.

On the other side of the checkpoint, the police closed off the way to cars headed for Jerusalem. As a result, a bit later the place was filled with traffic chaos and loud honking. Later I met Pedro, the security guard, who explained to me – not to victims of this closure

– that a problem with the brake system left the operators no choice but to stop everything until the problem was solved.

That’s how it is, said Pedro. You fix one thing and apparently something else goes out of whack. In one word – maintenance. In two words – no maintenance.

Rami wanted to talk, it was important for him that someone would know and see him. Rami does not hide – and has nothing left to lose.

I met him as he stood and waited to be allowed to cross the checkpoint and get back home to East Jerusalem with the photo of his ID which he carries in his phone. We continued our way together.

You see me? Said Rami. I’m alive, but actually not alive. I live like a person who has already died.

Rami was born in East Jerusalem. During the Intifada, when Rami was 4 years old, his elder brother was tried for murdering a Jew and was sentenced to life imprisonment. Fearing that the authorities would take their revenge on the whole family, the mother took the rest of her children and moved to Jordan. Every year or two they would come to Israel for a visit in order to keep their property and right to residence.

When Rami was 15 he no longer wanted to live as a nomad and returned home to Jerusalem. So far the story is simple, of a boy who became a young man and raised a family and lived in his childhood home. But then, without any warning, his ID was confiscated and his life stopped.

Ever since, he has been knocking on doors and bureaus and institutions – and nothing.

Moreover, private Jewish persons and organization representatives come to him offering considerable sums of money in order that he sell his home.

All this Rami does not tell his children and does not share with them the injustice he’s seen, for fear that they would hate the State and be tempted to join the terrorists.

And what about the brother who was the cause of the entire saga? – He was released in one of the prisoner-release deals, and is living the rest of his life in Jordan…

People are saying another closure is about to begin in about a month or a month and a half, right before your holidays. Sources? -Me, I have a brother who is a doctor in the National Sick Fund, and that’s what he told me, said my acquaintance.

Why do we take the trouble to report in Corona times as well?

Because democracy’s watchdogs have fallen asleep on their own watch, so Israeli citizens have no idea what is actually happening in the Occupied Territories, especially now.
Day and night, Israeli soldiers (as the State’s emissaries) help extreme settler-colonists take the law into their own hands, unhampered. They do not stop even in days of a raging pandemic and do not hesitate to harm Palestinians – their bodies, property, and sources of livelihood.
Unceasing harassment of the weakened Palestinian population inflicts psychological harm as well. All – from babies through and including the elderly and the ill – are open prey to Jewish violence and terrorism which the settler-colonists are only too eager to exert.
We of MachsomWatch will not cease to report, certainly not now during these Corona times and under the threat of annexation, about the settlers’ increased rampages, those who hurry to set facts on the ground helped by the Israeli army.
Israel rules the West Bank, and by force of the Geneva Convention, article no. 27, it is committed to enforcing law and order there. The inhabitants of these Occupied Territories have the legal right “to decent treatment of their body and dignity, and should be especially protected against any act of violence”.
Ironically, this is not at all upheld.
Nor shall we cooperate with the commonplace ignoring of the Palestinian people’s suffering, and with the Israeli public’s indifference to it. We shall continue to follow up closely and report the goings-on in the West Bank, in its villages and encampments.
No one should be able to say ‘We knew nothing, we heard nothing’

Three kilometers south of Ramallah, in the heart of Palestinian population. Integrates into "Jerusalem Envelope" as part of Wall that separates between northern suburbs that were annexed to Jerusalem in 1967: Kafr Aqab, Semiramis and Qalandiya, and the villages of Ar-Ram and Bir Nabala, also north of Jerusalem, and the city itself. Some residents of Kafr Aqab, Semiramis and Qalandiya have Jerusalem ID cards.

A terminal operated by Israel Police has functioned since early 2006. As of August 2006, northbound pedestrians are not checked. Southbound Palestinians must carry Jerusalem IDs; holders of Palestinian Authority IDs cannot pass without special permits. Vehicular traffic from Ramallah to other West Bank areas runs to the north of Qalandiya. 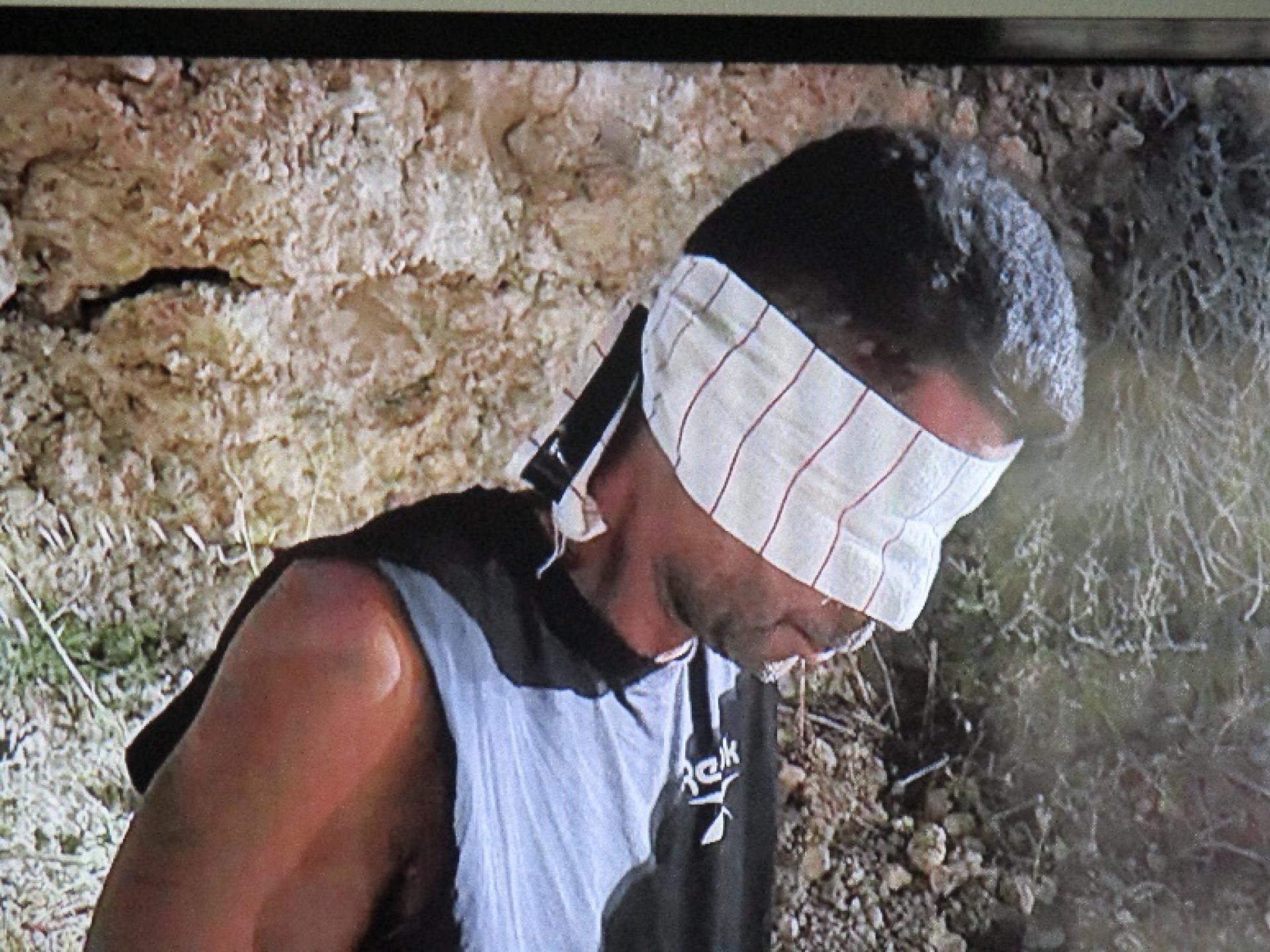